Should you give a nod when cycling? 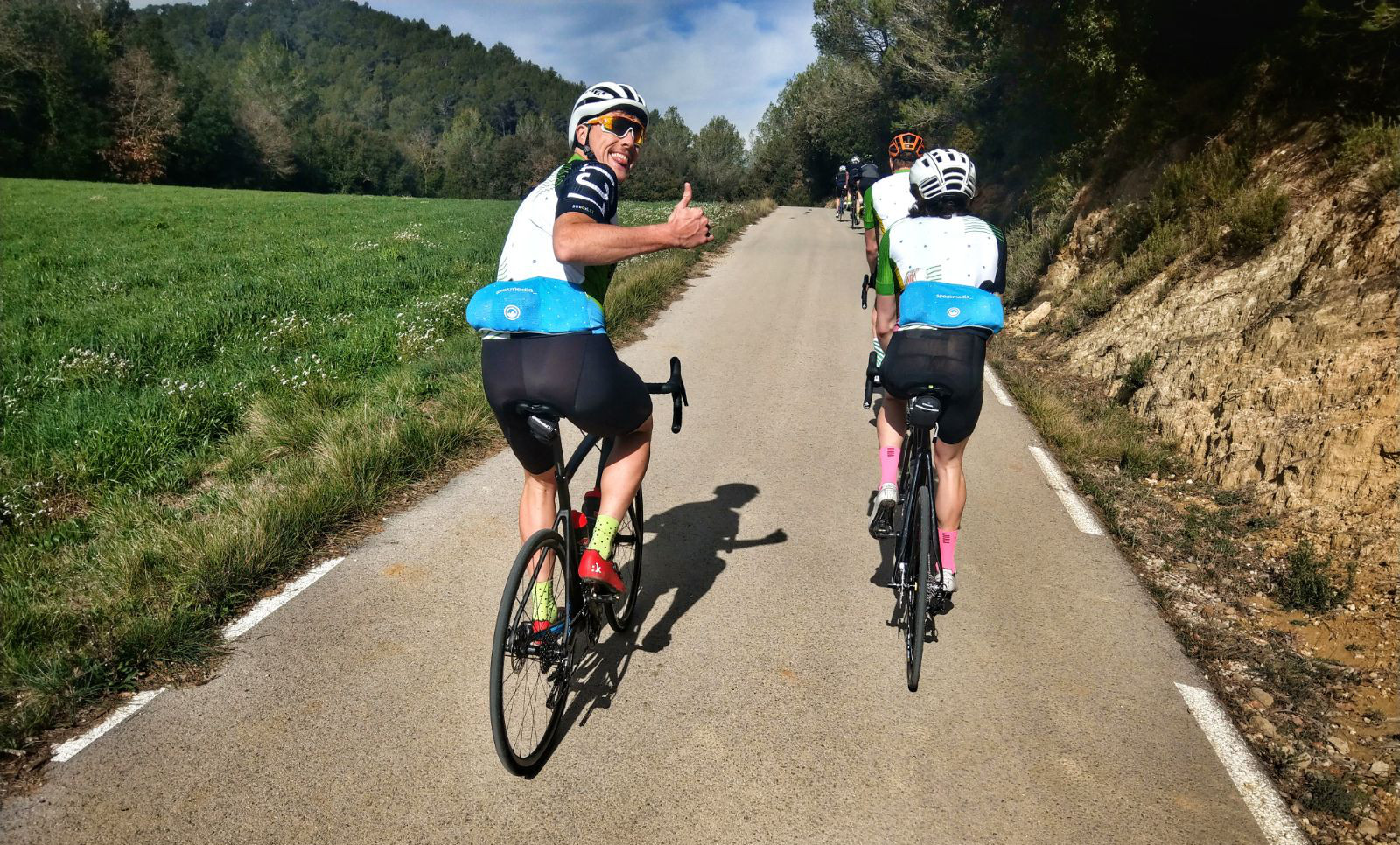 It’s strange the way things change. As cycling has exploded in popularity and become, dare we say it, ‘normal’, the experience of actually being a cyclist has also been transformed. Every weekend there are more people out on the roads and if you commute to work you’ll almost certainly share the bike lanes and paths you use to get to work with a number of other riders. For that matter, there actually are bike lanes, which didn’t used to be the case.

And then there are the events and races. Massive sportives like RideLondon, the Tour of Cambridgeshire and Velothon Wales bring together enormous numbers of amateur bike riders, all sharing the same routes on closed roads. And of course, we recently saw the Tour de Yorkshire’s fourth edition, with the Tour of Britain waiting at the end of the summer – two world-class bike races are not only happening in the UK, they’re getting bigger and better year-on-year.

It’s easy to forget that it wasn’t always like this.

The decline of the camaraderie between cyclists

PedalCover founder, Darren Thomas, who has been cycling longer than he cares to admit, has definitely observed this trend.

“When I started out cycling many moons ago, there weren’t many of us out on the roads. We were in the minority and whenever you saw a fellow cyclist on the road, you’d give them a nod or a ‘hello’. Now there’s so many of us out, I feel that we’re losing this camaraderie.”

Cyclists were once a rarity. A strange subculture of oddballs who, if they weren’t racing each other up and down stretches of obscure countryside B-road in club tens, would bore the arse off all their non-cycling friends and family with talk of Lycra, lubricant and some bloke called Lance. Now everybody rides a bike and they all have an opinion on the inner workings of Team Sky, down to what each rider has for breakfast before a big stage of the Giro.

The thing is though, when you’re part of a subculture, it brings those of you who are a part of it together. It makes you feel like ‘one of the group’ and that can be an incredibly powerful way of bonding, of instilling a sense of camaraderie. For our money, the community in cycling is one of our favourite things about the sport. One of the surest but smallest signs of that camaraderie in days gone by was the friendly nod exchanged between two cyclists going in opposite directions. It wasn’t much of a gesture, just the slightest of inclinations of the head, as if to say “Good work buddy, keep fighting the good fight.” Sometimes you’d lift your right hand from the bars in a micro-wave, while the rampant extroverts among us might even venture to call out ‘hello’, or ‘good morning’.

It wasn’t so much a conscious decision, just something you did. Sadly, it seems like ‘the Nod’ is dying out now though. Fewer people are returning our nods, and fewer still are initiating the action. The best you can hope for sometimes is a sort of surprised half-turn, as the person you’ve waved at turns around in the saddle to see if you are somebody they were supposed to have recognised.

We think there are a couple of reasons for this sad decline in fellowship on the road.

At PedalCover, we hope it’s the latter reason, because if it really is a case of ignorance rather than indifference then there’s something we can do about the problem.

If we want to keep ‘the Nod’ alive, it’s the duty of those in the know to pass on this noblest of micro-traditions to the uninitiated. That’s why, henceforth, you’ll find us waving, nodding and yelling hello to every cyclist we see – regardless of the blank looks we might receive in return. And if it makes people think we’re a bunch of weirdos? Well that’s just fine with us. Like we said at the top – cyclists have always been an unusual bunch.

Are you a nodder? If you are, have you noticed less people returning the gesture? Are you a non-nodder who doesn’t get what all the fuss is about? Let us know on our social media channels #longlivethenod.