What the pros can teach us about injury recovery

Everyone loves a comeback, tales of extraordinary short recovery times after injury, or a rider starting from the bottom and climbing all the way to the top. These achievements are celebrated season after season as examples of mental and physical fortitude, but for every fairy-tale there is a nightmare origin story and countless hours of rehab.

As the recent long-term injuries of Mathieu van der Poel and Chris Froome show, sometimes following in the pros enthusiastic wheel tracks isn’t the best of moves and can lead to further damage. However, there is still plenty to learn from professional athletes and their networks. A severe injury can turn your cycling world upside down, but the lessons you learn through the process can make you a better cyclist when you come out the other side.

First things first, it’s crucial that you take it seriously as no matter your level of fitness, the body must be respected. When you’re at the top of your game, it’s all too easy to forget about the basics of rehab and just expect your body to get over it. A lesson to be learned is that meticulous planning is never a bad idea. It’s often not seen, but whether or not they’re dealing with a niggling injury, professional cyclists will spend a lot of their pre- and post-ride process stretching or doing yoga so that their body is ready for the intense workout it’s put through.

Fitness only gets you so far – if you’re not prepared to approach recovery and injuries with the same level of seriousness as your bike and training, your time on the side-lines will be prolonged.

NB: if you consult a doctor and/or physio, talk to them about your goals, ask their advice and, it should go without saying, listen to what they have to say!

This is where the pros often get it wrong and something we can all learn is to not rush back into intense training too fast following an injury. Sure, you might feel well enough, but taking gradual steps and following a plan will prevent you from extending the problem. Annemiek van Vleuten was able to ride to silver at the 2020 World Championships less than a week after breaking her wrist, but one tiny fall and the injury could have been damaged immensely – she was lucky. In comparison, as Chris Froome explained on his YouTube channel following a flare up to an existing knee injury:

“I might have been a little bit too keen, pushing a little too much. This was after a few weeks off the bike and maybe the body wasn’t ready to push that hard. It’s flared up and caused a bit of inflammation.”

That a seven-time Grand Tour champion can still get it wrong goes to show just how easy it is to push your body too hard too fast. So, take Froome’s lead, be patient and listen to your body. 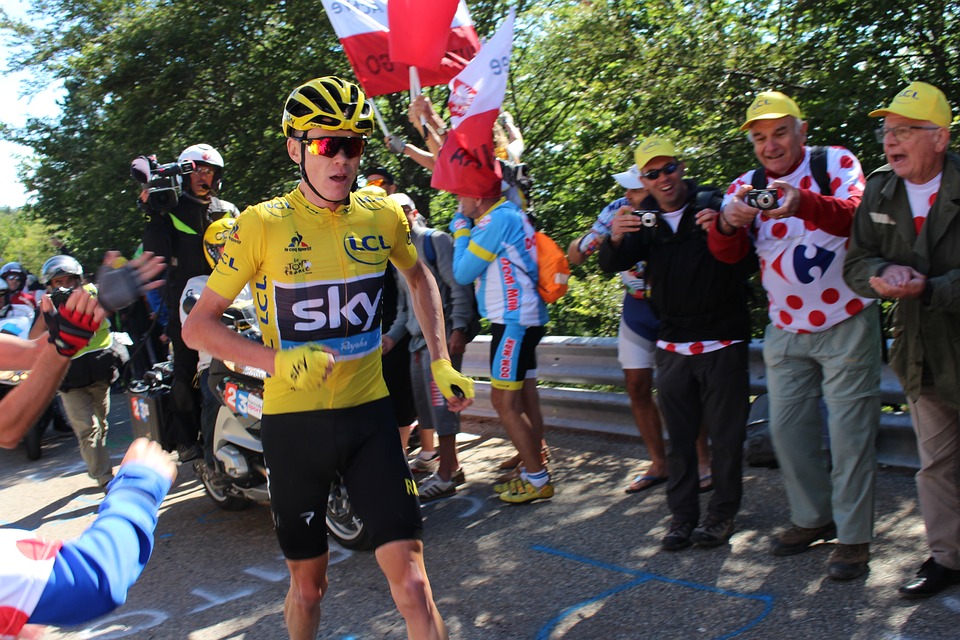 Taking shortcuts during the recovery process can delay healing and will in fact increase the risk of re-injury when you do eventually return. Froome’s lengthy and storied rehabilitation is testament to this, as are Laura Kenny’s and Remco Evenepoel’s comebacks – all show that patience and rest are key.

Crucially, the all-too-common injuries of pro cyclists show us that just because you’re a top athlete, doesn’t mean you will avoid long-term injuries. Van der Poel has been suffering from a back injury he sustained at the 2021 Tour de Suisse that was then exacerbated by a fall during the MTB race at the Tokyo Olympics. Then despite a longer than usual layoff between the road and CX seasons, with a particular focus on physio and rehab, the 2021 cyclocross world champion started just two races this winter before having to withdraw. It’s now expected that he could be out of action for a significant period to give recovery a chance.

Speaking to Het Nieuwsblad, the Dutchman’s physio David Bombeke said that the injury was a result of the “many attacks” Van der Poel has committed on his body since he was a child, not least due to the number of disciplines he practises – in short, “his body is now paying the price.” His Alpecin-Fenix team manager Philip Roodhooft has reaffirmed that “rest is the only remedy”, something he is now committed to as his father Adrie confirmed: he is “just sitting at home on the couch.” Had the talented 27-year-old and his team not been so keen to race after the initial injury, perhaps long-term damage could have been avoided?

Similarly, Tom Pidcock bounced back very quickly from a pre-Olympic collarbone injury to win the Olympic mountain bike gold, but he then had to go under the knife to fix a long-term knee injury that had been plaguing him since February 2021. He is now able to ride without issue, but for much of last season, the young Brit was fighting through the pain. “It’s amazing how much you can appreciate being healthy when you’ve had an injury for so long,” he said on his Instagram in October.

Focus on your diet

Nutrition is a huge part of injury recovery. A healthy, whole foods-based approach is your body’s best defence when it comes to healing. A slight increase in protein intake can help to build strength and less processed food will reduce the risk of inflammation. Hydration is also a huge part of rehabilitation as water is involved in every bodily process to carry nutrients around the body, which is critical for healing.

Although staying off the bike might be a necessity, cross training can lead to more active recovery, i.e. keeping you fit without re-injuring yourself. This is because other sports use different muscle groups and may support the injured area instead of inflaming it like the bike would. This is where an exercise such as swimming comes in, something that Richie Porte has sworn by in the past. This kind of water therapy builds muscle while minimising impact, and is ideal for ligament and tendon rehabilitation.

Recovering mentally is as important, if not more so, than physical recovery during injury rehabilitation. There is no shame in reaching out for support as even when you’re back at the top of your game, a complete recovery means far more than just stitches. Professionals have often spoken candidly about mental fatigue and mindset in cycling, and many reiterate that mental wellbeing can be affected and develop into loss of confidence and fear a long time after the injury.

Speaking to CyclingTips, sports psychologist Kristin Keim explained: “The mental aspect of an injury should be addressed right away, just like you would a broken bone. The minute one of my clients has an injury, I just go ahead and start working on the mental recovery alongside the physical recovery. We set physical objectives, mental objectives and a timeline for motivation.”

We might not all have a team of experts at our disposal all season long, but taking the same or similar approach as the pros will make the rehabilitation process swifter and more effective. Having an injury is a pain – and not just physically – but there are lessons we can all learn from being out of action that make us stronger people and stronger riders. No matter the severity of the injury, the pros show us that listening to your body and the experts is the key for an effective recovery.